I’ve been getting a lot of questions about this song – the last song on MONSTERS – so I thought I should post something.

A few years back, I worked on a yet-to-be-filmed indie movie adaptation of Sharyn McCrumb’s Appalachian “Ballad” novel, The Rosewood Casket. Then I wrote a song by the same name which tells an entirely different story.

Here’s how that happened:

In the novel, the semi-estranged sons of an old Appalachian farmer discover a rosewood box containing the bones of a child. They know the bones have something to do with their father, but their father is in a likely-fatal coma so they don’t know whether it is something tragic or sinister. It is a mystery that can’t be solved, which always creates a certain kind of madness in people. Especially when it is between fathers and sons.

When Robert Bly wrote his classic “men’s movement” book IRON JOHN, he spoke about how most men live with some emotional estrangement from our fathers — what is it that dad does all day when he leaves? What isn’t he teaching me about the world of men, about how to be a man? And into that void we pour all our fears and dreams. Maybe the father is evil – maybe the world of men is evil. Or maybe he is secretly good, secretly loves us but is somehow prevented from giving us what we need. A lot of male literature is built on this haunted absence.

In the novel, one of the sons is a musician, and I wondered what kind of song he might write after finding this box of bones.

Then I imagined he once heard his father sing part of an old mountain murder ballad, that sounded like a clue. I wrote what I thought he might have heard:

Johnny killed his sweetheart
when he was but fourteen
stabbed her to the heart
crows picked the bones so clean
that now on yonder mountain
so whitely do they gleam
that Johnny hath grown old
‘fore manhood he hath seen.

Then I imagined he decided to finish this murder ballad, and projected everything he felt about his father and his family into it.

Of course, in the book, the musician son is a Nashville showman, not a latter day Johnny Cash, and he would not have written this song. And the story he tells/I tell in the song turns out not to be the story told in the book (which is worth a read – it’s quite a thoughtful book). But it’s the unanswered (maybe unanswerable) mystery of why distance springs up between fathers and sons that haunts me – and maybe more, what living with that mystery – that open wound – does to America’s sons.

I’m an American son too. After all. And that’s why I wrote it. 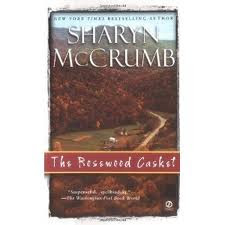